Moxibustion is a form of traditional Chinese medicine which uses the plant “moxa” and heat to promote better health through the strengthening of the blood and facilitating the flow of life energy called qi. In particular, the mugwort plant (A.argyi or A.vulgaris) is burned near, or right on, the surface of the skin. This type of alternative medicine has been used throughout Asia for thousands of years. Amorah Kelly is pleased to offer La Jolla San Diego Moxibustion treatments for those who seek holistic healing.

Moxibustion can be done in a number of ways but they fall into two categories: direct and indirect.

As the name implies, direct moxibustion is achieved by placing the moxa directly on the skin and lightening up the moxa. Dried moxa is ground and shaped into a cone or plug shape. If the moxa is removed before it completely burns itself out, then it is called “non-scarring”. This method allows the patient to get the full effect of moxibustion without blistering or scarring the skin.

Another method is to leave the moxa cone on the skin and allow it to burn until it extinguishes itself. This may cause scarring and is called “scarring moxibustion”.

In the USA, most people prefer indirect moxibustion. Here, the moxa is dried, ground, and molded into a stick similar to a cigar. One end of the moxa stick is lit up and waved over the surface of the skin. Indirect moxibustion should not leave any scars or blistering since the skin is never in direct contact with the fire.

Another form of indirect moxibustion is achieved in combination with acupuncture. First, an acupuncture needle is inserted at the acupoint, then dried moxa plant is wrapped around the exposed end of the acupuncture needle. The plant is ignited and allowed to burn until it extinguishes itself. Again, the embers are not in direct contact with the skin so scarring should not occur.

Moxibustion is often used for people who have stagnant or sedentary constitutions. The burning of moxa produces heat which expels coolness from the meridians. Once heat is added to the area, it allows for better blood circulation and qi flow.

Wonderworks Healing Arts
5.0
Based on 46 Reviews

PJ B.
3 months ago
Amorah is fantastic. I felt so relaxed and calm after my acupuncture treatment. The rooms are peaceful and serene and it really helped me to move the… 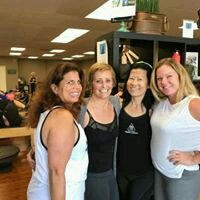 Heidi S.
a year ago
Amorah is an amazing healer and accupuncturist . Her office is located in La Jolla and has such a serene and healing atmosphere . She utilizes…

Kim R.
a year ago
This was my first acupuncture treatment. I had no idea what to expect. I went in for low back pain as I wanted to stop taking med that would continue to…

Ami Nash
12 days ago
Best facial spot in San Diego! Jamie is incredibly skilled, and a generous and warm spirit. I have come back here repeatedly even after moving to the east coast. Her products are organic, smell amazing, she takes the time to explain the state of my skin and customize the facial according to my health and skin state. Normally I dread extraction but Jamie made it practically pain free. She also offers a great massage as part of the facial and was so generous giving me a home made lip balm she made at the end of the service. Do yourself a favor and treat yourself to a facial here!!!

Susan Perry
15 days ago
A girlfriend surprised me with a massage by Jamie for my birthday and it was divine! She puts so much love and attention into your session. She preps the room, heats the table, and discusses the areas of your body that need attention. She cares about her clients!!

Savannah Burchfiel
a month ago
I had the absolute BEST facial here. Jamie seriously worked magic on my skin, and she’s truly one of the most knowledgeable, kind, and caring people I’ve met. I can’t wait to come back for more facials and massages!

randi lockie
8 months ago
I got a massage here this week and it was amazing. I told her my neck and shoulders were causing me pain and she was able to stretch my neck out and work out the knots, which felt amazing. I got the hot rock therapy which felt soothing and relaxing. I also got the aromatherapy add-on, which was wonderful and calming. I love this place.

Anke Hartung
7 months ago
If I could give 100 stars, I would! Jamie and her massage suite is my sanctuary! I can come here completely out of power and leave refreshed, happily tired and with the knowledge that I’ve done (or rather Jamie did to my body through her massage) something that my body will thank me for. It’s also not only the massage or facial but also Jamie herself! I am coming to Jamie now since about 5 years and are not planning to change massage places ever! Highly recommend you try it yourself!